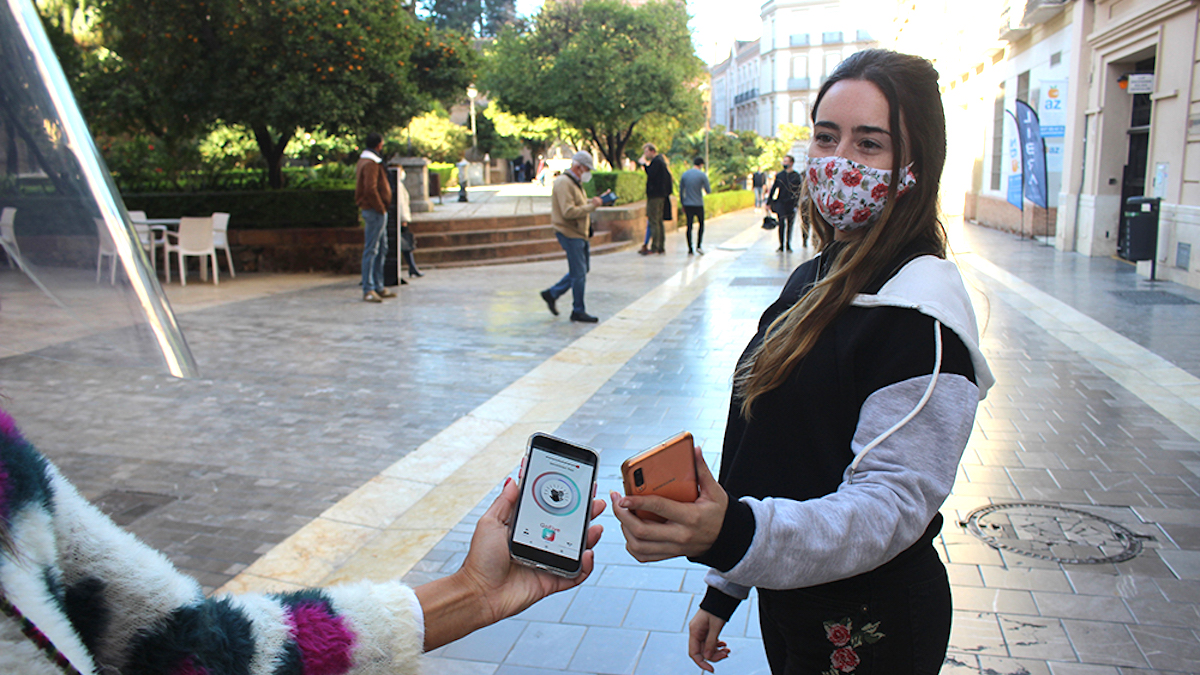 New anticovid greeting – The Gofive app solves the problem of contacts when greeting each other, with a fun and clear formula that is spreading among the youngest.

Elbow, foot, or back, every time we approach an acquaintance, we do not know how to greet him, and even many people avoid meeting people due to the anxiety that this situation produces.

The young musician and entrepreneur, Martín Müller, who has lived in Malaga (Spain) for 20 years, has devised a formula to solve this problem. The key is to download the GoFive app and enjoy a fun, clear hello formula.

The application works as if two people were high-fiving their hands with claps and even sounds, and the feeling of having made the greeting is total.

To do this, both people must have the app, raise their hands and shake it and it occurs in greeting.

The idea came up during the days after confinement, when we realized how difficult it was to do something as simple and everyday as a greeting between two people. The nudge does not quite convince, much less put his hand to his chest, with so much ceremony and in such a cold way. Martín Müller had this idea, what if we make an application, with sound included, that simulates a clap between friends? Said and done. Müller was launched and with the collaboration of the company Su-Shi Desing they created the GoFive application that has begun to spread, especially among the youngest. The application has just been born with the shock greeting, but it is already working to include more types of greetings such as hugs.

We currently live in an exceptional situation where we are deprived of a very essential part of human interaction, such as physical contact, especially when greeting.

Probably never, until now, have we been so aware of this value and its need for adequate social interaction and psycho-affective development.

This app is a good alternative to effectively help to virtually express what exceptionally when having to keep physical distance due to the pandemic and for interpersonal security reasons, we cannot do, such as greeting each other through a hug, a kiss or shaking hands.

In no case should any of these new technologies replace the interaction and real contact between people once we return to normality, but it can help affective expression to be channeled in this way.

Experts, such as the psychologist Inmaculada Astorga, affirms that the covid-19 situation has led to an increase in haphephobia.

Haphephobia is an anxiety disorder, a specific phobia that translates as an irrational fear of touching or being touched.

As a phobia, its treatment consists, among other methodologies, of progressive exposure to the phobic stimulus. In this successive approach in its initial phase or phase zero, the virtual approach has a preparatory and habituation effect that can facilitate the subsequent gradual physical approach, until the elimination of fear.

So this app is a potentially useful tool if used in the right way. Always emphasizing that the virtual plane should never replace the physical and real, but rather complement or temporarily replace it, until it normalizes human interaction in general and each case in particular.

WhatsApp will delete the accounts of users of unauthorized apps