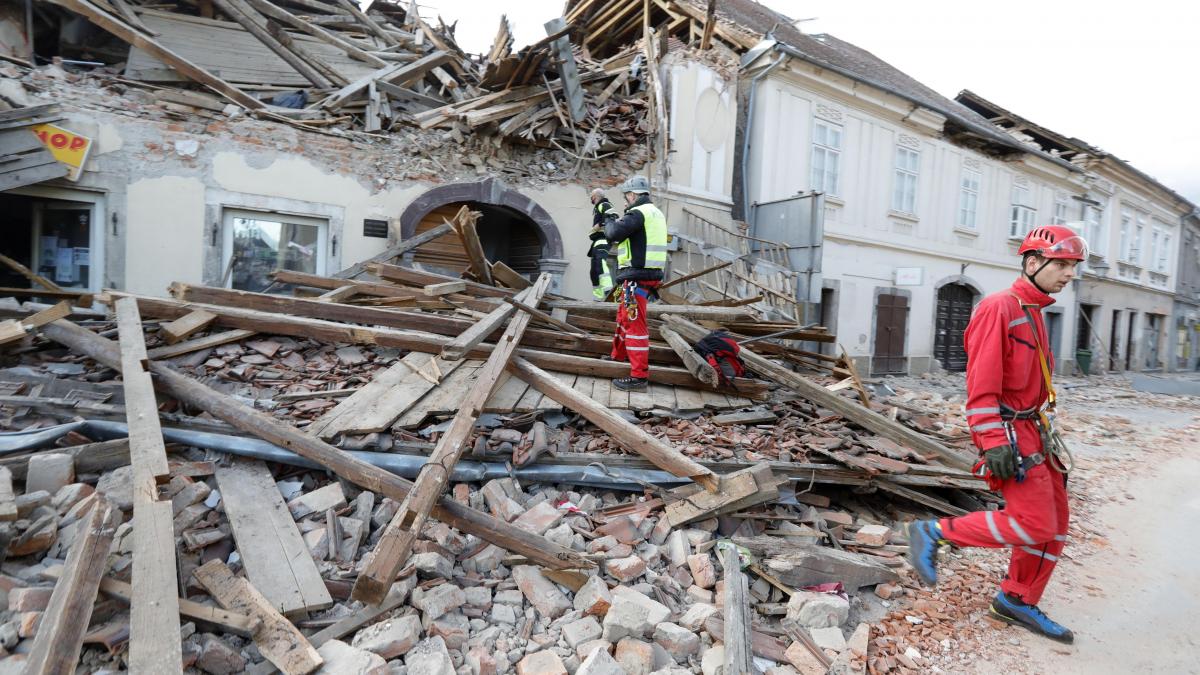 Dangerous earthquake in Croatia – Croatia has also suffered two deadly earthquakes in 2020. In the first, last March, the pandemic paradoxically avoided greater evils (only one person died), since there were hardly any people on the streets of Zagreb in the early morning of a Sunday in full confinement by the coronavirus. T

his Tuesday, with an epicenter in the city of Petrinja, about 50 kilometers south of the capital, has been more intense (6.4 magnitude) and has caused the death of at least seven people (including a girl), more than twenty injured, and left – in the words of the mayor of Petrinja, Darinko Dumbovic – “half the city destroyed.”

Five men have perished in the town of Glina, located near Petrinja, and a 12-year-old girl, in Petrinja, the Interior Ministry said. Firefighters later found a seventh body in the rubble of a church in the town of Zazina, state news agency Hina reported. “The Army is here to help. We will have to evacuate some people from Petrinja because it is not safe to be here ”, said Croatian Prime Minister Andrej Plenkovic, at the scene of the event, to which he has been urgently displaced.

“We are seeing fractures, concussions and we have had to operate on some,” said Tomislav Fabijanic, head of emergency medical services in Sisak, a town near Petrinja. Covid patients and others admitted to the psychiatric hospital will be transferred to other cities to make room for the victims of the earthquake, said the Minister of Health, Vili Beros. The authorities have exceptionally lifted the restrictions on movement between counties established as a result of the pandemic.

Images of collapsed roofs and rescues by firefighters and volunteers in Petrinja are broadcast by various local media. The city has about 25,000 inhabitants.

Occurring at 12:19 local time, the earthquake was also noticeably felt in Zagreb. In panic, several people have tried to leave the capital, which has caused traffic jams at the exits.

The earthquake was felt throughout the country and in 11 others in the Balkans and Central Europe. It reached Vienna, according to Hina. The day before, the same area had suffered a magnitude 5 earthquake that did not cause victims or great damage.

Ursula von der Leyen, President of the European Commission, has posted a message of support on Twitter, confirming that they are “ready to help” Croatia – a member country of the EU since 2013 – and that she has asked the European Commissioner for Crisis Management , Janez Lenarcic, travel to the area as soon as the situation allows. “We are with Croatia”, she concludes.