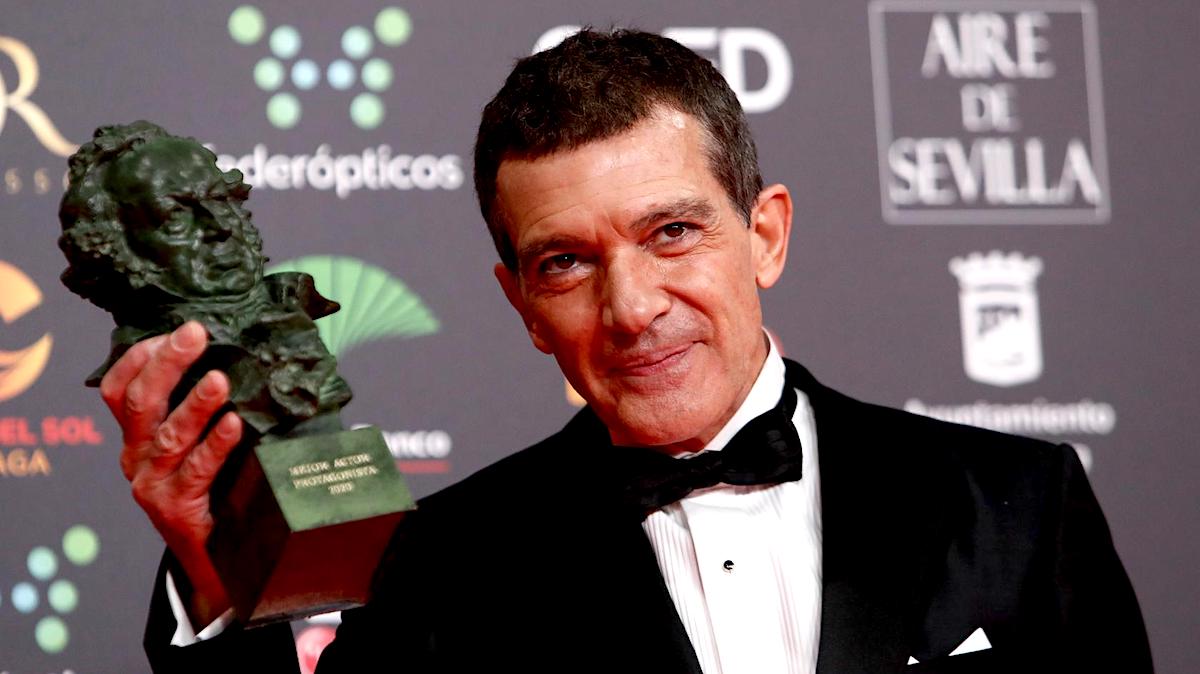 Antonio Banderas Goya Awards – The Malaga-born interpreter, who has 40 years of professional experience, won the Goya Award for Best Actor on January 25.

At 59, few achievements and recognitions have passed by in the face of his insatiable desire to excel. Malaga actor Antonio Banderas is backed by four decades of professional career, a wide repertoire of recognitions and awards, and even a theater (the Soho CaixaBank Theater in Malaga, Spain) that, although it does not bear his name, has been promoted and financed by the same.

His long experience has endowed him with an unquestionable ability to act, direct, write and produce, to the point of having participated directly in any of these roles (actor, producer, screenwriter or director) in more than a hundred films.

If 2019 was, according to his latest public statements, “one of the most beautiful years” of his extensive career, 2020, despite the global pandemic that affects the culture industry so much, has been even better. The interpreter won the Goya Award for Best Leading Actor for his role in the movie ‘Pain and Glory’, directed by Pedro Almodóvar.

As the actor has pointed out on several occasions, his beginnings in the complicated world of acting have not been easy. It is something that reflects well in his last role played in the musical ‘A Chorus Line’, which premiered at the Soho Caixabank Theater with Banderas as one of its main protagonists.

The man from Malaga left the Costa del Sol as his first residence to start his professional career in Madrid. Despite this, he has always shown that he has his hometown more than present, until he has become an exemplary symbol for Malaga and the people of Malaga.

Once settled in the capital, he thought about abandoning the American dream due to the great difficulties that life sometimes presents itself with, but his tireless struggle made his life as an actor take an unexpected turn when director Luis Pasqual echoed of his talent.

Since then the big screen has not been able to continue without his face, his acting and his diction, increasingly impeccable. Thus, titles such as “False eyelashes”, “Labyrinth of passions” and “Tie me up”, became the first films to have the interpretation of Banderas as an actor, assuming these a before and after for his unstoppable career.

The Spanish Academy of Cinematographic Arts and Sciences has already awarded Banderas the Goya of Honor for his career in the 2015 edition of the Goya, and in its 34th edition the Goya for Best Leading Actor.

The actor has been nominated three times for this award, but getting him is still a pending task that can be completed on January 25 at the next Spanish film festival. The first nomination as a candidate for the statuette was in the 90s, thanks to the film ¡Tie me! in which Antonio Banderas played the role of Ricky, a psychopath in love with Marina, a woman played by actress Victoria Abril. After the nomination, the second came in 1996, with the role of flags in the film “Two Much” by director Fernando Trueba. The closest nomination prior to the one recently announced for the Goya 2020, has been for the role of Banderas for his role in ‘La piel que habito’, a film by Almodóvar that led the actor to success in 2011.

In addition, the man from Malaga was nominated for the award for Best Supporting Actor in 1986 for his role in the film ‘Matador’, also by Almodóvar.

The Best Actor award was the icing on the cake in a stage that Banderas himself has classified as one of the happiest and most satisfying of his long and successful career.